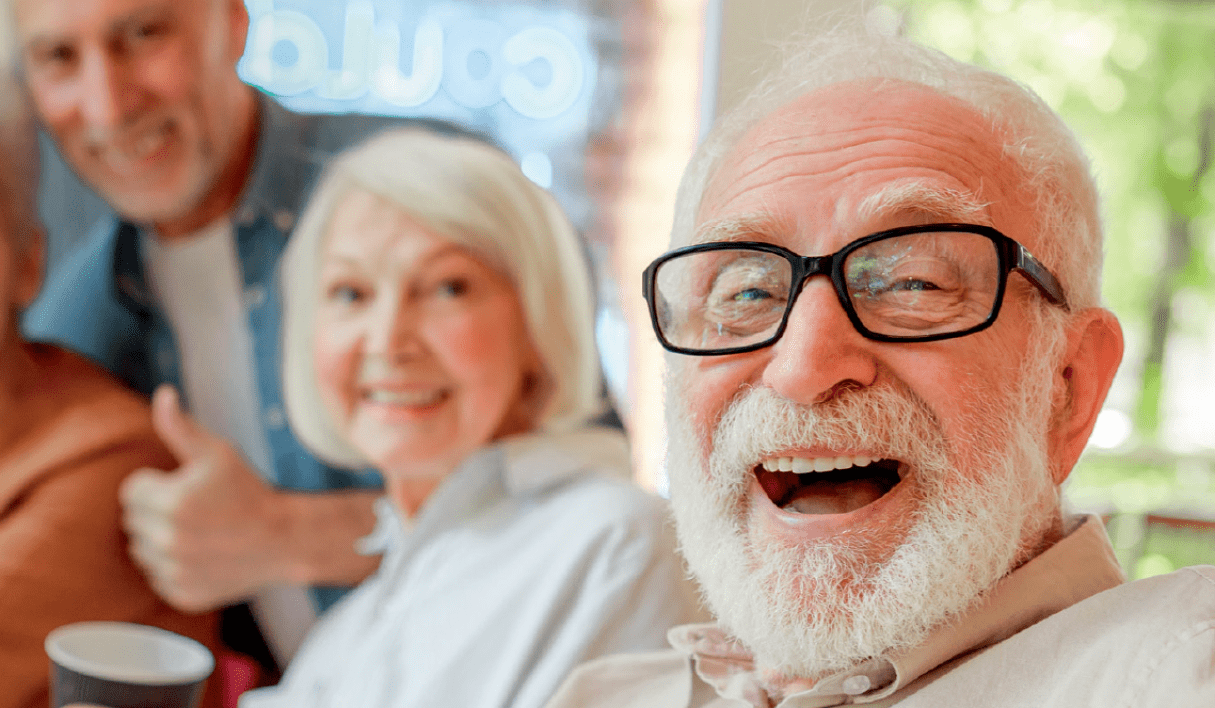 The Secret to Aging Well

While a healthy diet and exercise have long been recognised as the closest formula we have to a fountain of youth, it seems research may now have uncovered the secret to aging well.

It’s a lot more fun than you may expect! Studies have shown that as we age, those who maintain close connections and relationships not only live longer, but they are also able to cope better with health conditions and experience less depression. What better reason to get out there and socialise?

Working, raising a family, maintaining a household, it’s easy for our social lives to get pushed further and further down the list as we age. But whether it’s friends, family, or even your neighbours, maintaining those relationships are important.

In fact, positive relationships can be just as important as nutrition and physical activity when it comes to our health and wellbeing. And, even though relationships with others may evolve over time, maintaining a strong social network as we age can contribute to a longer, healthier life. There’s no shortage of evidence.

Since Louis Cozolino, a university Professor of Psychology, published The Neuroscience of Human Relationships in 2014, the field of social neuroscience has expanded signifi cantly. The fact that those with more social support tend to have better mental health, cardiovascular health, immunological functioning and cognitive performance is now more widely recognised than ever before.

The well-known, long-running Harvard Medical School Nurses’ Health Study was one of the early studies to reveal how being socially integrated can lead to greater health, life satisfaction, and longevity over time.

Meanwhile, another study involving nearly 7,000 people over a nine-year period, found that those with more social ties tended to live longer regardless of their socioeconomic status, smoking, drinking, exercise, or obesity.

How to expand your friend circle

• Do a social network inventory - are there people you have already met you could connect with?

• Make the effort to reach out

• Be active, it is an amazing way to meet other people

• Use technology: sometimes face to face contact just isn’t do-able, so get up to speed on technology because there are plenty of ways to connect with loved ones online

• Go where people are! It sounds obvious, but put yourself out there and attend events, church or community activities • Extend and accept invitations

• Take a class or join a club - learn to paint, learn to cook, take a creative writing class. Keep an active mind, and who knows – you may fi nd a new friend!

• Make yourself available — relationships take time and effort, but they’re always worth it.

Fill out your details to receive more information about Pacific Lakes or to arrange a visit with our Sales Team.